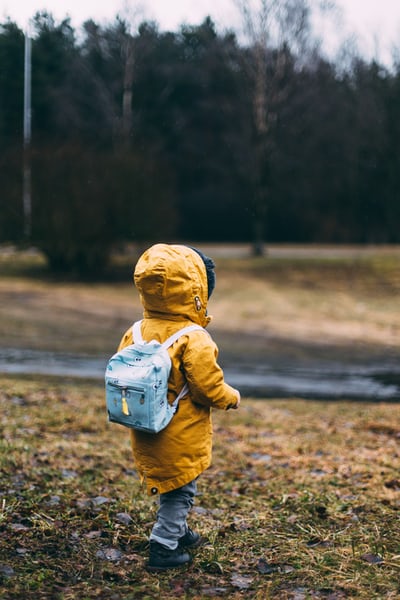 Any parent raising a young child will attest that staying one step ahead is not always a simple task. Mix in a random health issue with your child and now you really have to be on your game. Many parents of young children, will, at some point or another, deal with a sporadic (short or long term) skin or bowel issue with one or more of their kids. From an innocuous skin rash to sudden irregular bowel habits, these are two health issues that not only tend to create a lot of questions, but can often go hand in hand. So skin or bowel problems, what might your child’s body be telling you?

I deal with a lot of skin and bowels issues in young kids and toddlers. Parents often come in to see me after worrying and dealing with a sudden onset of eczema or other type of skin rash. For most, by the time they seek my help, their child has been dealing with a skin ‘problem’ for quite some time. So the first thing I always ask is ‘how long ago did this presentation begin’? Many parents will confirm there has been some level of skin involvement since either the first year of life or has slowly arisen somewhere between age one to three years. Interestingly, I will often times see about fifty percent of kids that come in having co-involvement of some sort of bowel issue as well. Parents will often state “my child’s bowel habits were normal but now seems to be much more difficult for [him/her] to have a poop on a daily basis”. Difficulty eliminating stool or having less frequent movements makes it clear that a constipation type presentation is the primary sign. For those who do have combined skin and bowel issue, the answer to what’s going on is often more evident, however those children with a skin issue only can also be sorted out and treated with ease and success.

Typically, most skin complaints will present as small individual skin coloured or reddish bumps on the back of the arms, the cheeks or legs. Other times, there is an obvious eczema type skin issue (dry cracked skin in the bends of the arm, on the hands or wrists). Most times, itchiness doesn’t seem to be a concern, rather the fact that the skin ‘rash’ is present is more of a worry to the parents.

Some young children do experience issues with loose bowels or diarrhea, however for most it’s more of a constipation type issue; dry, hard, small, rabbit poop like stools, either very infrequent or daily with extreme difficulty to pass.

What Do Skin and Bowel Issues Mean?

Although a full individual history and intake is required, generally speaking there are a few things at play. First and foremost, looking into digestive health is priority. Typically, from newborn to age five, the digestive system and function is still in the developmental stage. But this doesn’t explain why some kids experience skin and bowel concerns while others do not. For some kids, a less developed digestive tract (totally normal during this stage of development by the way) somewhat weakens how food (and toxins) absorb into the body. If food is either not broken down completely (usually not the case) or is absorbed before it’s been properly broken down and digested (most common), larger food molecules (than normal) will sneak through the digestive wall into the blood. In turn, this causes the immune system to become hyperaware and thus create an overstimulating response to the incompletely digested and absorbed food molecules. Because the immune system is also still in relative infancy, anything not fully recognized will be seem as ‘non self’. In turn, until these molecules are attacked and cleared from the blood, immune cells release cytokines (chemicals) which are often inflammatory to the skin. The result? inflammatory rashes and bumps on the skin. There are other explanations for how these skin rashes arise, however at the basis of it all, digestive and immune health tend to be at the root of the cause (yes, this often does involve food sensitivities too).

Bowel wise, although keeping your child properly hydrated is a key factor in healthy bowel health, digestive immaturity is also a key cause of constipation and difficultly passing stool. If foods are being absorbed into the system earlier in the digestive tract then it should, less bowel waste will thus be created. Combine this with a skewing of the microbial balance in the GI system due to immature digestive function, and your child ends up with infrequent and difficult bowel function. Once bowels tend to slow down, reabsorbed waste and toxins will often recirculate in the body and can contribute to immediate longer lasting skin issues coming about.

How To Correct Skin and Bowel Issues In Kids

Due to the nature and the root of the problem, considering inflammatory modulation is key to success. As a result of immune driven inflammatory pathways and slow and steady (minor) insult an immature digestive system has upon itself, it doesn’t take much for inflammation to begin to become an issue. However once immune and digestive inflammation is better modulated and resolved, we’re left with a few other key endpoints to consider. Firstly, we often look at omega 3 status in a child. Is your child consuming enough healthy omega 3’s or is a deficiency creating an issue with the skin? Gut bacteria is another successful area to consider. Due due a multitude of reasons (previous antibiotics, medications, stress, immune status, and diet to name a few) it doesn’t take long for an imbalanced healthy bacterial environment to quickly run amuck. Nutrient and nutrition status also takes a lead role here, so whether skin or bowel issue, it’s critical to look at food sensitivities, nutrient depletions and nutritional state.

There’s a lot to consider when looking at skin and bowel health in your children. At the end of the day it’s common to firstly address both digestive and immune health. Combine that with the potential contribution of stress, respiratory issues (asthma), or the possibility of vitamin or nutrient deficiencies, parents can very easily become overwhelmed with what’s going on. Thankfully such presentations are very common in the naturopathic profession, and seeking out naturopathic care can often be a simple resolve.